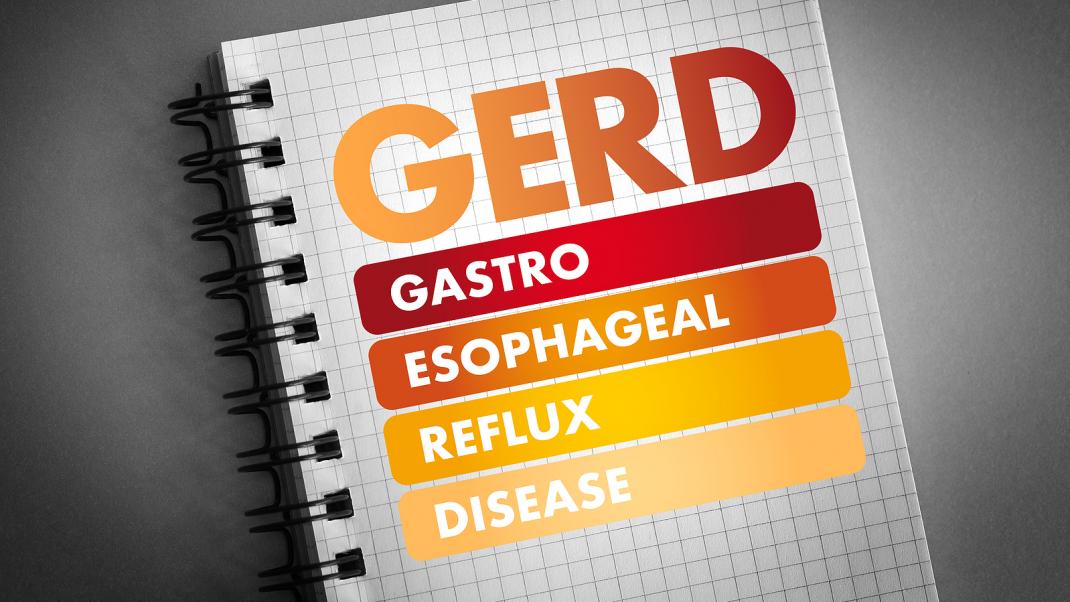 Gastroesophageal reflux disease or GERD is caused by a damaged lower esophageal sphincter or LES. The LES is a ring of muscles that connects the swallowing tube (esophagus) to the stomach. It acts as a gatekeeper, opening to allow food to pass into the stomach and then closing to prevent the stomach's contents from back-flowing, or refluxing, into the esophagus. Stomach contents contain acid, which irritates the lining of the esophagus and causes a variety of symptoms. The most common symptom caused by GERD is heartburn.

GERD is NOT caused by the stomach making too much acid, but by a malfunctioning LES. However, the usual treatment is medications that decrease or suppress stomach acid production. These drugs include Zantac, Tagamet, and Pepcid and the most potent acid suppressants called proton pump inhibitors (PPIs). PPIs include Prilosec, Nexium Prevacid, Zegerid. This approach's consequence is that the reflux continues but no longer contains acid, resulting in symptom resolution in most cases. However, since GERD's actual cause, the damaged LES, is not addressed, it is no wonder this treatment fails in many individuals.

Studies show that even with strong medications such as PPIs, GERD symptoms continue in approximately 40% of patients. You may be one of these people! On top of this, even though the continued reflux may not be felt, further LES damages occur, requiring increasing doses of these expensive and inconvenient medications. Once medications begin, they are usually needed for life, exposing patients to long-term side effects that include an increased risk of hip fractures, certain types of pneumonia, low magnesium levels, and a severe colon infection.

It's no wonder that this medical approach fails to control symptoms for so many GERD patients' satisfaction. Failure can also be defined as not wanting to continue these medications due to their incontinence, cost, or side effects. PPI medications have a prominent role in GERD's management, but they do not succeed in everyone.

Failure of medication to satisfy the GERD patient must be acknowledged such that other avenues of treatment can be pursued and needless suffering avoided. Treatments that focus directly on the cause of GERD, the damaged LES, are very successful. The Heartburn Treatment Center's comprehensive approach to GERD provides these treatments, and the relief patients deserve.