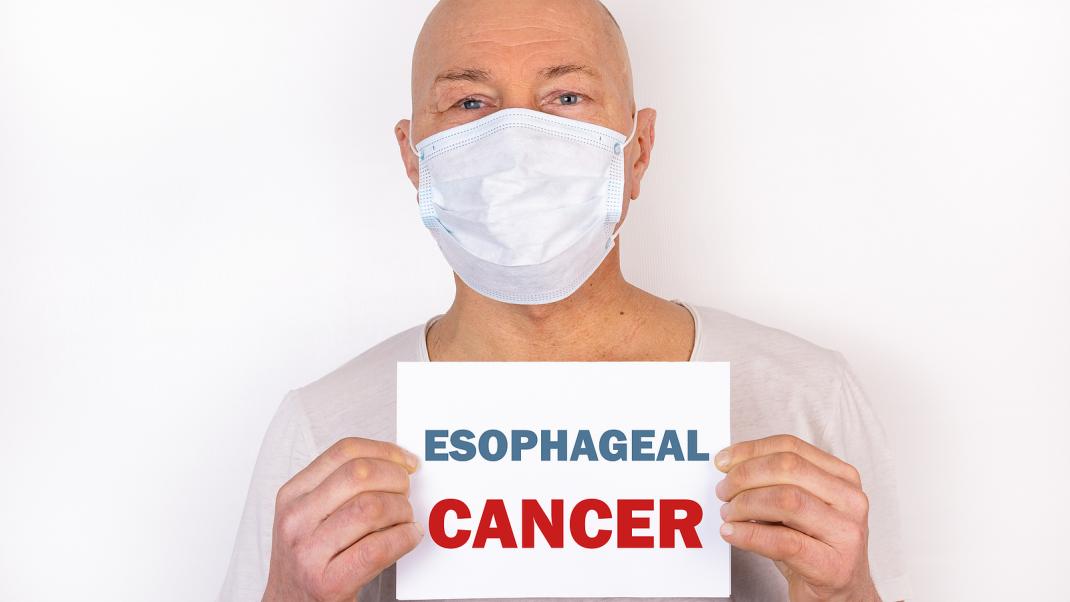 Most of us think of heartburn as just a nuisance; it’s the uncomfortable feeling we experience after a meal or bedtime. Most don’t give much concern to occasional heartburn, but this and other symptoms are signs of gastroesophageal reflux disease (GERD). Many people ignore the fact that longstanding GERD can cause cancer of the esophagus.

Cancer of the lower esophagus is caused by GERD and called adenocarcinoma. The frequency of diagnosis is increasing at an alarming rate, faster than any solid tumor ever measured. This frequency has increased by almost 800% since 1975, and some have referred to this as an epidemic.

The graph below illustrates the frequencies of the GERD –induced esophageal cancer compared to other cancers; the difference is dramatic. This year, there will be almost 25,000 cases if adenocarcinoma originating in the lower esophagus, and most will die from this disease. 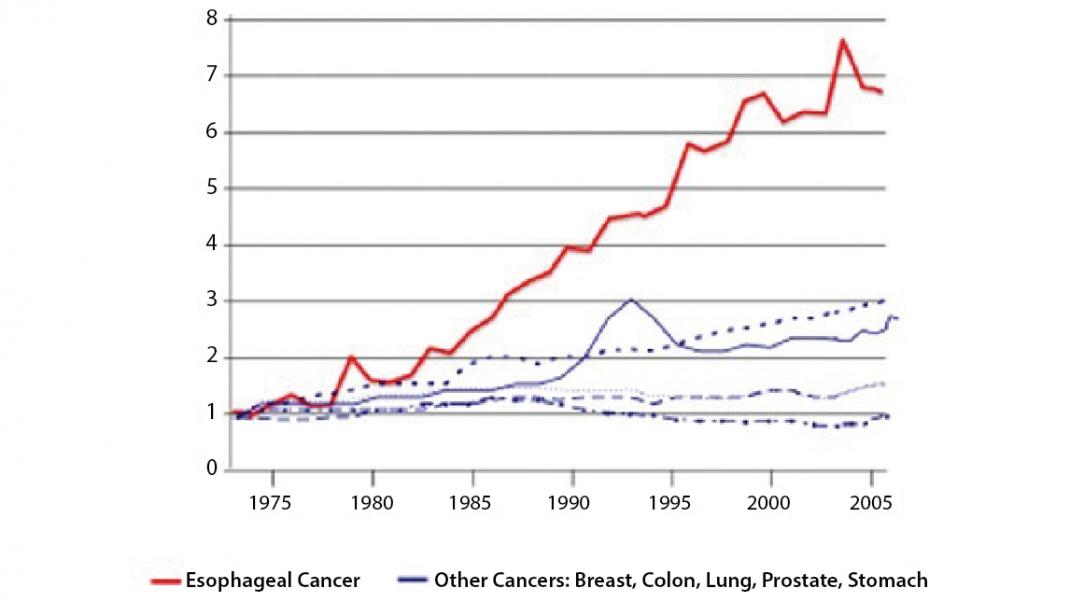 Once discovered, the overall death rate within five years of a diagnosis of esophageal cancer is 85-90%, while it is only approximately 20% for colon cancer!

Even in the face of this information, little is occurring to address this. In a famous study done in 1999, the link between esophageal adenocarcinoma and GRED were established. In patients with GRED, the incidence of cancer was eight times higher than those without GRED symptoms.

Also, symptoms at night increased this risk to almost 11 times that of the general populations without GRED. Therefore, having GRED alone increases the risk of cancer significantly.

A precancerous change is when the cells lining the esophagus called Barrett's esophagus are present in 10-15% of people with GERD. Barrett's carries with it a risk of cancer approximately 100 times that of the general population. Studies have varied, but put another way; the yearly cancer risk is between 0.3-0.5% per year. Barrett's esophagus is diagnosed by endoscopy and taking biopsies (small tissue samples) of abnormal appearing tissue areas from the lining of the esophagus. We also know that if Barrett's esophagus is diagnosed and endoscopies are performed every three years (time interval recommendations vary), and cancer develops, it will be diagnosed very early with a cure rate of nearly 90% compared to an overall cure rate of 10-15%. Better yet, these early cancers can often be treated without surgery with the lasted technological developments. It is the discovery of Barrett's esophagus that identifies the population of people at risk for cancer.

There is no reason to expect this rise in GERD-induced esophageal cancer to abate. We know that the presence of GERD alone increases the chance of developing cancer, but Barrett's esophagus is the particular condition "marking" cancer risk. If Barrett's esophagus can be identified by endoscopy and biopsies, the likelihood is very high that cancer will be found in an early stage, where cure can be expected.

If you have GERD, mainly if your symptoms are longstanding in addition to other risk factors noted above, discuss with your provider the possibility of getting an endoscopy performed. While recommendations from various medical societies and providers may differ, if YOU have GERD and are found to have Barrett's esophagus, with proper care, any cancer will be discovered early has a higher likelihood of being cured.